In the heart of Thun’s picturesque old town, the river wave at the Mühleschleuse shines in the autumn sun. The wave is affectionately and respectfully called “Monster” by the local surfers and on the 10th of September the arena around this magical place will be transformed into a witch’s cauldron. For the fifth time, the title will be awarded at the RiverSurfJamThun and the people of Thun are proud to be part of the first Edelweiss Surf Tour.

The competition is framed by a local surf market on the Waisenhausplatz as well as busking of the highest order and thus also offers the interested public plenty of reasons to linger around. 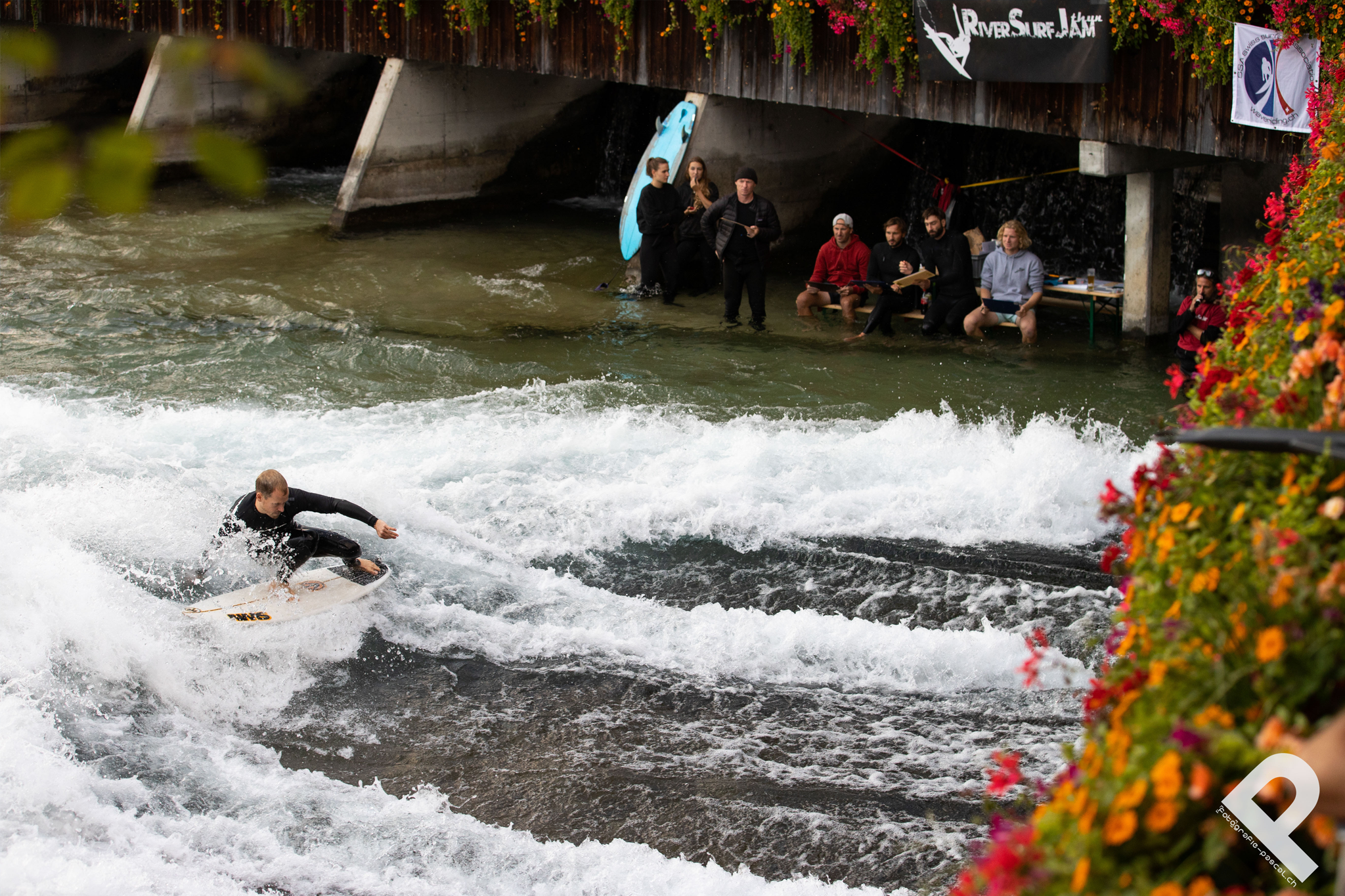